As part of our IWU community, you can help support IWU athletics teams by attending athletic events, cheering on teams from afar and even simply following teams on social media! Even if your student is not an athlete on campus, attending events together is a great way to spend time with your student and support their classmates on the field. Below is a list of fall semester sports at IWU. Be sure to check them out!

As you may know, IWU’s football team had its inaugural home game on Saturday, Sept. 1. It drew a sell-out crowd with more than 6,000 spectators in attendance! The players will continue making appearances on and off IWU’s field until the final game of the season on Nov. 17.

The men’s and women’s soccer teams began the fall 2018 season in August and will continue playing until their final game on Nov. 26.

The first volleyball game of the season took place on Aug. 24, and their season will end when the NAIA National Championship comes to a close on Dec. 1.

The cross country teams have meets scheduled in several states and Indiana towns for the rest of the season. Their final meet will take place on Nov. 17 in Cedar Rapids, Iowa, as part of the NAIA National Championship.

Did you know swimming is our newest women’s sport on campus? We encourage you and your student to come support them at meets from Oct. 13 to March 2!

Our men’s and women’s golf teams will continue to have off-campus meets during the fall season until Oct. 23. Check the athletic schedule to see if they’ll be competing in your hometown!

Men’s or women’s tennis is in full swing! You will find that their season will continue until Oct. 6 with events on and off IWU’s campus.

The men’s and women’s basketball teams claimed back-to-back National NAIA Division II Championships in 2013 and 2014. The men’s team conquered again in 2016 and 2018, making them one of only two teams to ever earn three titles in five years in NAIA Division II history. IWU’s men’s and women’s basketball teams will begin their season in October and will continue their games into March 2019.

The simple answer: Our players love your support! As an audience member, you have the ability to affect each player. When asked whether the crowd affected his experiences with games, Owen Perkins, a sophomore football player, stated, “One hundred percent YES. When the crowd is getting pumped and standing on their feet, it is an unmatched feeling of togetherness and unity. The fans are a big part of what drives me as a player both on and off the field.”

Your support will also continue the tradition of growth in our players. 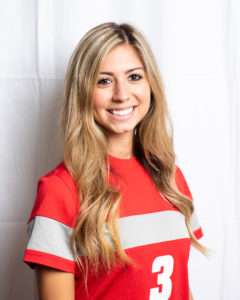 Tristen Gonzalez, a senior on the women’s soccer team, described her experience as an IWU athlete as “a chance to glorify God through [her] talents in a competitive setting.” She said, “There’s nothing that can replace the joy that comes with that. The IWU women’s soccer team is the biggest blessing and has brought me closer to God than I could ever imagine.” 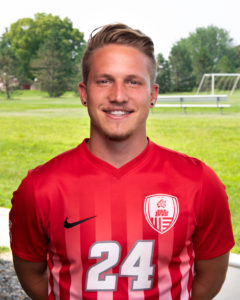 Will McComb, another senior soccer player, described his invaluable relationship with his team by stating, “I love being a part of the men’s soccer team because it’s a tight knit community headed up by guys who lead through their service. We have a culture of passion and competition when we approach the game, and that drives a strong desire to commit and work hard at our craft. We function as a unit to achieve goals that none of us could achieve on our own.”

As an audience member, you can support the players’ growth and relationships with one another by attending their games. For more information about IWU athletics and a copy of the event schedule, visit http://www.iwuwildcats.com/. 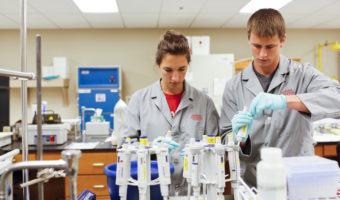 Research with the Hodson Research Institute 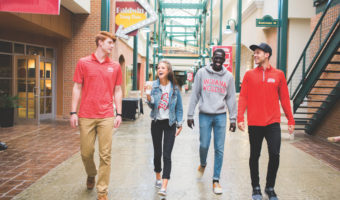 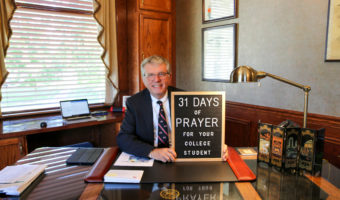 31 Days of Prayer for Your College Student

Your IWU student is headed home for the semester, What now?

Places to Visit Near IWU

The ABC’s of IWU

6 Things Financial Aid Wants Parents to Know About the FAFSA